In the oldest church of the city there is a very special treasure.

The iconostasis in the Russian Church/Reinhardskirche is considered a special treasure and is unique in Western Europe. It came to the spa town from Central Russia in 1908 as a gift from the Sarov Monastery.

Icons from the 18th, 19th and early 20th centuries adorn the iconostasis: Christ and the Mother of God, representations of the Trinity, Saint Seraphim (patron saint of the Church) and Old Testament high priests. Most of these icons were made around 1804, including the icons on the central door to heaven. The icons on the side doors are even older. All icons came to Bad Nauheim more than 100 years ago. According to the Russian Orthodox tradition they decorate the partition in front of the chancel. The heavily decorated wooden rood screen with a halo above the sky door is also remarkable. It was built 200 years ago.

After extensive restoration and conservation work, initiated by a sponsoring association, the 11 m long iconostasis now shines again in an undreamt-of splendour of colour. 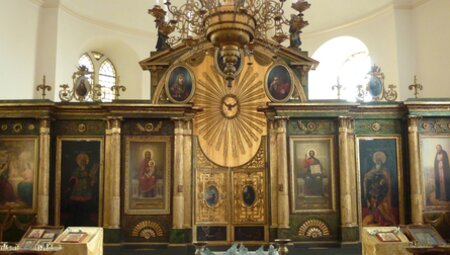 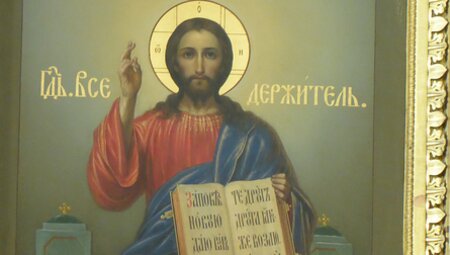 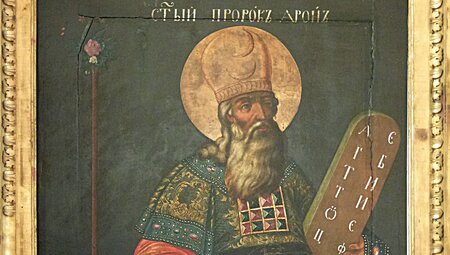 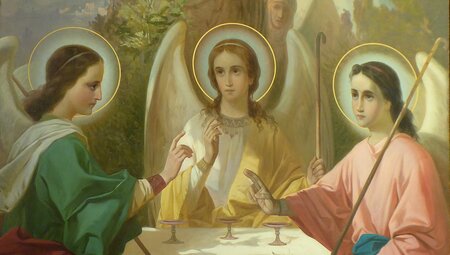 Few churches have such a varied past. The building was built in 1733 and consecrated as a Lutheran church. The builder was Count Johann Reinhard III (coat of arms above the entrance portal). Later the church became a Catholic parish church and in 1908 it was consecrated as a Russian Orthodox church. At that time many spa guests from Russia came to Bad Nauheim.  Tsar Nicholas II. and his family were also attending church services. The Tsar, the Tsarina and their four children attended church services several times during their stay at the spa in 1910. Tsarina Alexandra Feodorovna and her sister Elizabeth even took over the patronage of this church. Today, Russian Orthodox services are held in the church again regularly.

Nicholas II donated a large chandelier to the Russian Church, which has been preserved until today. Also worth seeing is the altar window from the Art Nouveau period. One can assume that the window was designed by the Russian court architect Benois. In cooperation of Russian artists and German craftsmen a highlight of stained glass was created.

Every Saturday from 2 to 4 p.m.
(subject to change, please note the notice on the church notice board)

Visitors are asked for a donation to continue the necessary work on this unique place of worship.

Every 1st Saturday of the month at 2 p.m.

Meeting place in the church, Reinhardstraße 14